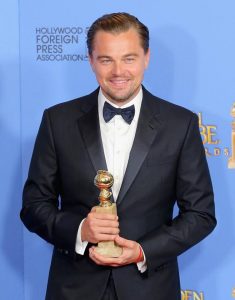 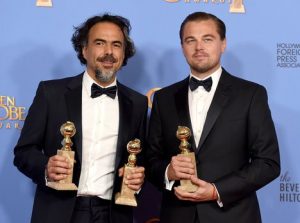 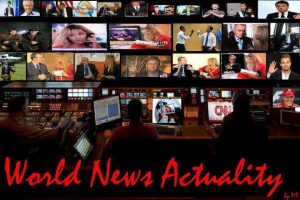 We’re backstage at the Golden Globes with Leonardo DiCaprio and Alejandro Gonzalez Inarritu !
After several Golden Globes wins for Alejandro González Iñárritu’s The Revenant, the night was capped off with one final cherry for the movie: A Best Picture win. When he accepted the award, Iñárritu repeated themes he touched on in his Best Director speech earlier in the evening: It was a tough movie to make, but hey, he had a tough crew behind him. Like Leonardo DiCaprio, who also won a Golden Globe for his role as The Revenant’s gristly leading man, frontiersman Hugh Glass.

The Revenant, a beautifully made and viscerally powerful film, spectacular and cinematic: it has real ambition and power.
The likelihood that it will go on to win Oscars.