French President Emmanuel Macron is hosting the One Planet summit on the two-year anniversary of the Paris climate accord.

“One Planet” summit, Emmanuel Macron said: “We’re not moving quickly enough.
“It is time for action, to choose our future and planet.”

“We need to set in place concrete actions that will change our countries, our societies, our economies, so that our children, and maybe us too, can choose our future, choose our planet, and not increase global warming, the disappearance of vulnerable countries and profound transformations,” Macron added.

Mr Macron’s sobering statement came amid claims in the UK that the French leader is seeking to turn Paris into the world’s leading green finance capital while Brexit talks continue.

Theresa May, Richard Branson, Michael Bloomberg and Arnold Schwarzenegger were amongst those attending the The ‘One Planet’ summit held on the two year anniversary of the Paris climate accord.

The Bill and Melinda Gates Foundation will spend the sum over the next three years, providing smallholders in sub-Saharan Africa and Asia with the means to protect their farms from the droughts, heatwaves and floods that are expected to be the result of a changing climate. The money will be spent through governments and direct grants. 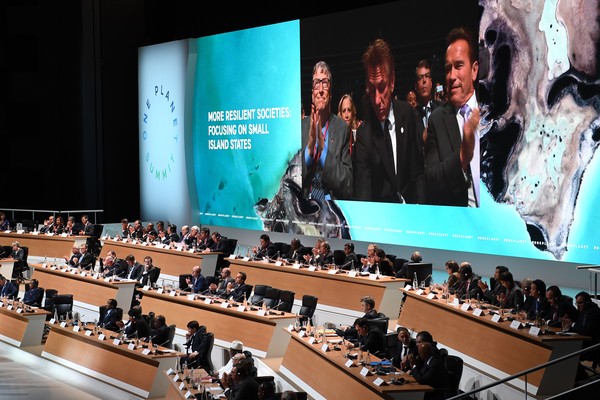 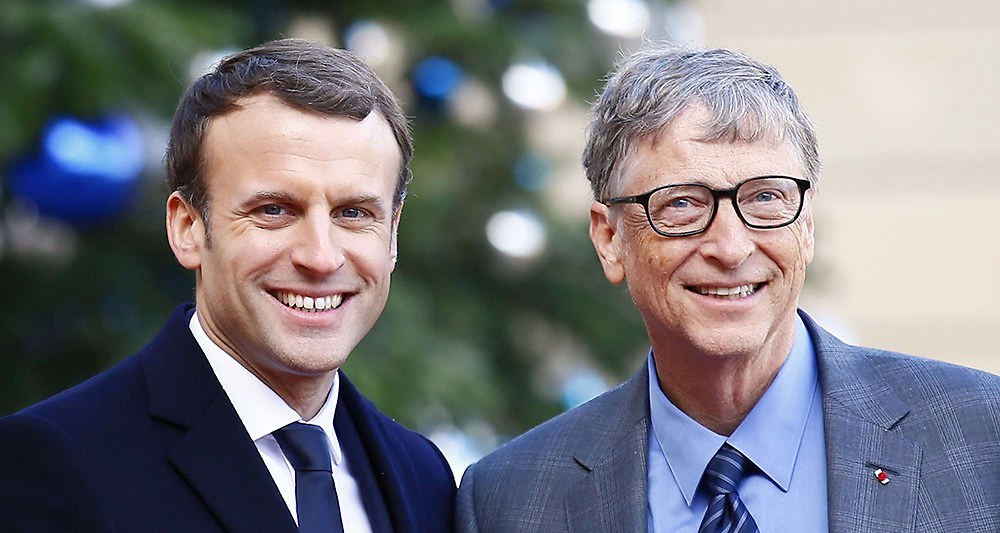 Bill Gates: “We need to adapt to the climate change that is already affecting the planet, and develop new tools that will keep the problem from getting worse. Innovation is key to doing both. Scientific advances in crop science, for example, will help farmers deal with changing weather patterns. And energy research will make it possible to power modern life—the way we live, work, travel, and make things—without adding more greenhouse gases to the atmosphere. Just as important, we’ll also be working to speed up the pace of progress. The world can’t afford to wait the decades that it usually takes to develop promising technology, find investors, connect with governments willing to roll it out, and reach customers. Our goal is to bring ideas out of the lab and into the market much faster.
That’s why I’m excited that these partners are working together like never before. Public and private funding for energy research often isn’t coordinated, which is one reason some promising technologies never make it to market. The members of Mission Innovation and the BEC will bridge that gap. They’ll work together to match cutting-edge scientists in government labs with investors who can help turn their ideas into products. They’ll also partner with governments to make it easier to create and deploy new tools. As a first step, the BEC will work with four countries—Canada, Mexico, France, and the United Kingdom—as well as the European Commission on ways to coordinate public and private efforts. I’m optimistic that if we keep up this momentum, we can stop climate change and help those who are being hurt the most by it—all while meeting the world’s growing energy needs”. 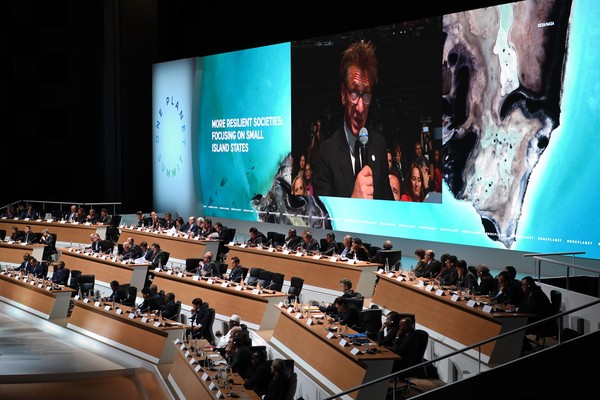 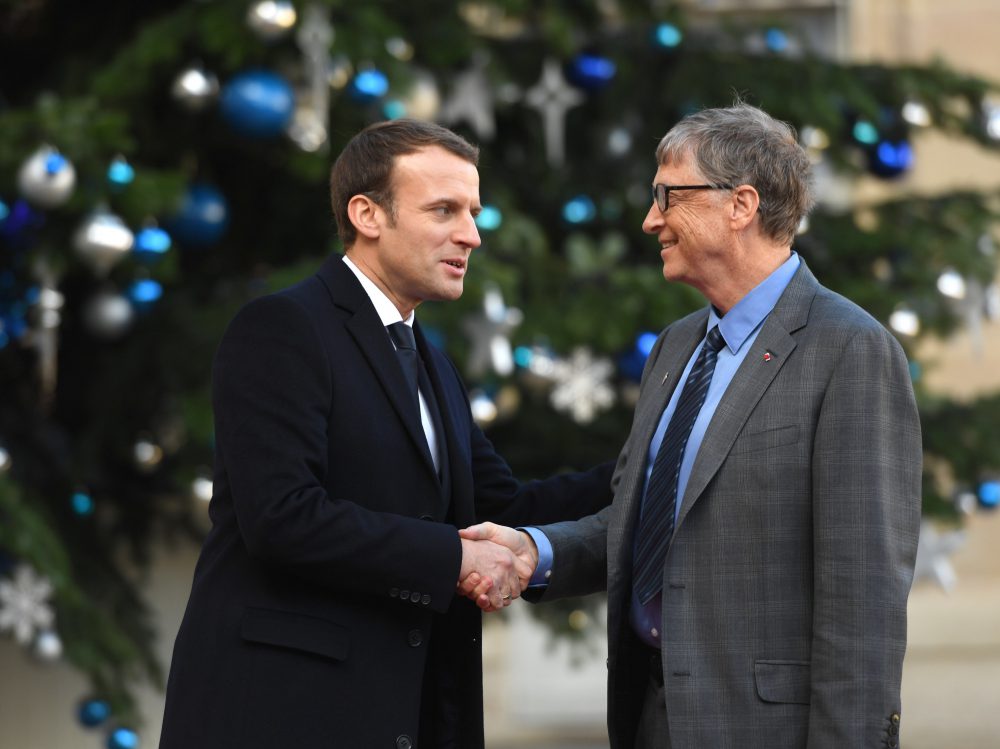 On the U.S. front, former New York City mayor Michael Bloomberg, a billionaire and leading climate change advocate, vowed to persuade more companies to change their practices. Bloomberg emphasized the business incentives behind addressing climate change. “Clean energy is now cheaper than coal, energy efficiency saves money and improves your bottom line, and talented people want to work for companies that care about the planet,” he said.
“Together we are going to meet the goal that this country set in Paris by reducing emissions by at least 26 percent. There isn’t anything Washington can do to stop us,” he said.

French president Emmanuel Macron hailed the progress made at the event and said it was possible to create alternatives to the fossil-fuel driven economy, but that more effort was needed globally.

Co-chaired by World Bank President Jim Yong Kim and the UN Secretary-General Antonio Guterres, the summit focused on how public and private financial institutions could stump up more funds and how to get corporate giants to embrace green policies.

“We started today to make up some ground in this battlefield,” Macron said in his closing speech. Today’s commitments will be able to be tracked and verified on a dedicated platform, he added.

Toward that end, the summit did secure some major commitments.
Bill Gates, Richard Branson and other energy executives and investment fund leaders announced a dozen international projects emerging from the summit that will inject money into efforts to curb climate change. 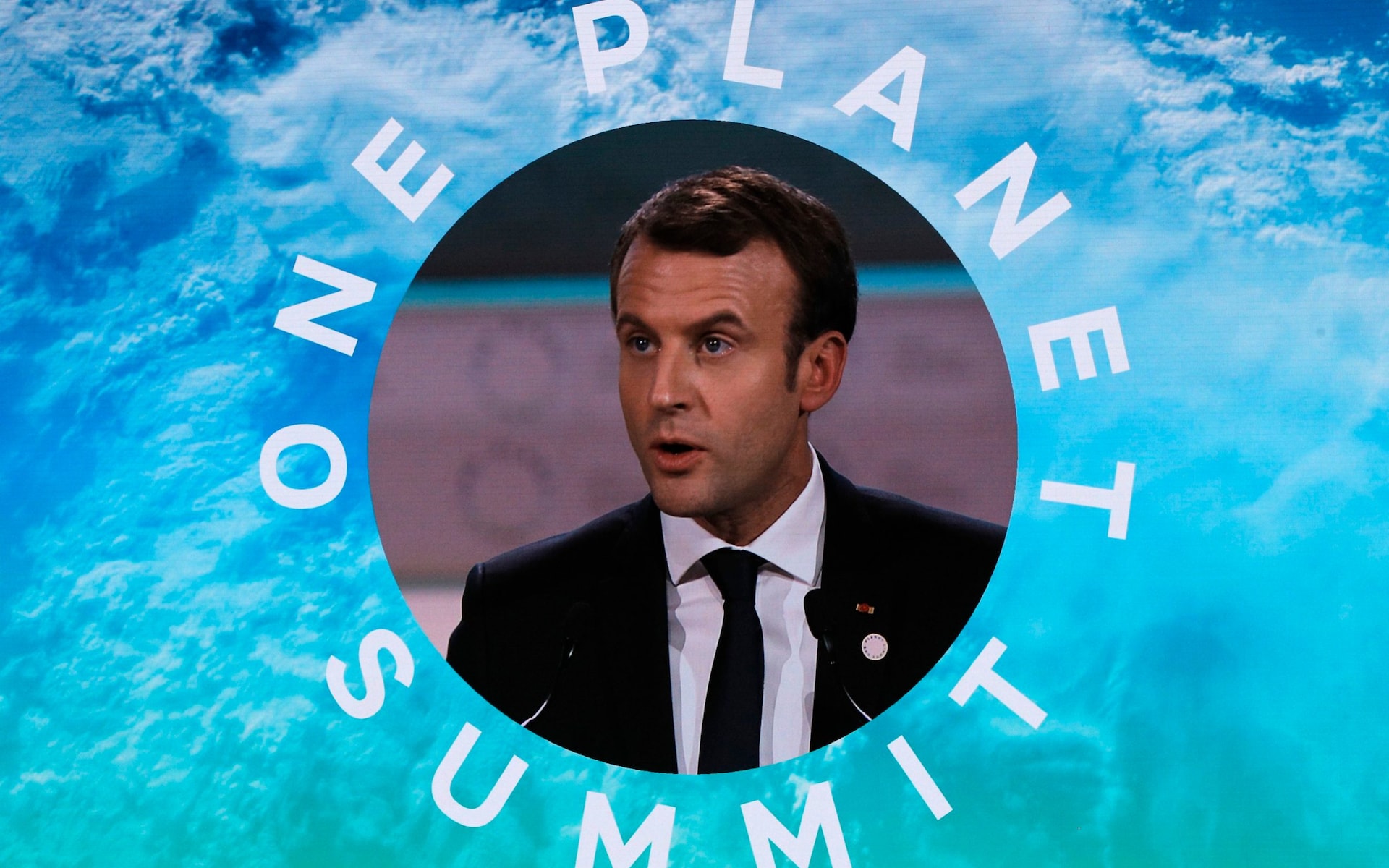 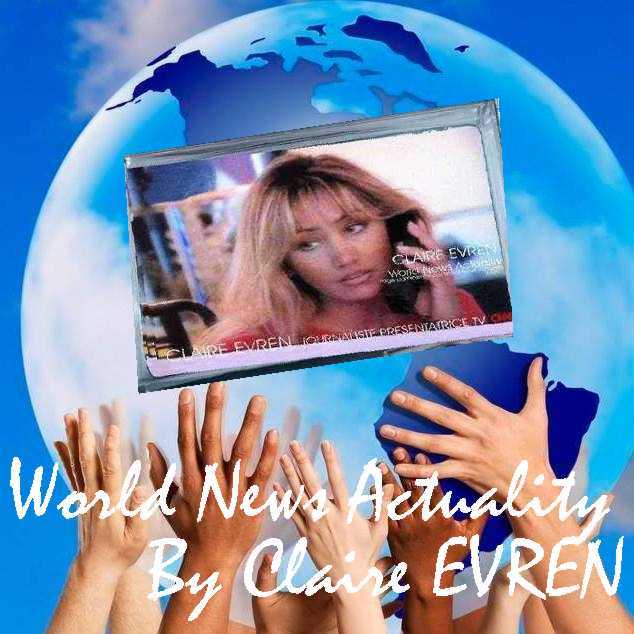 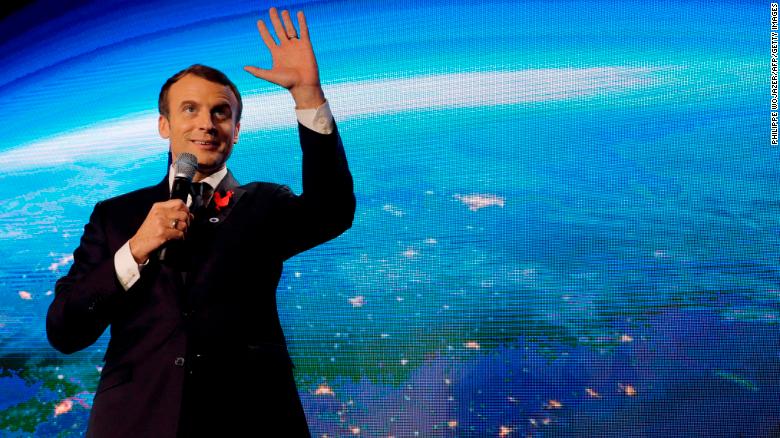 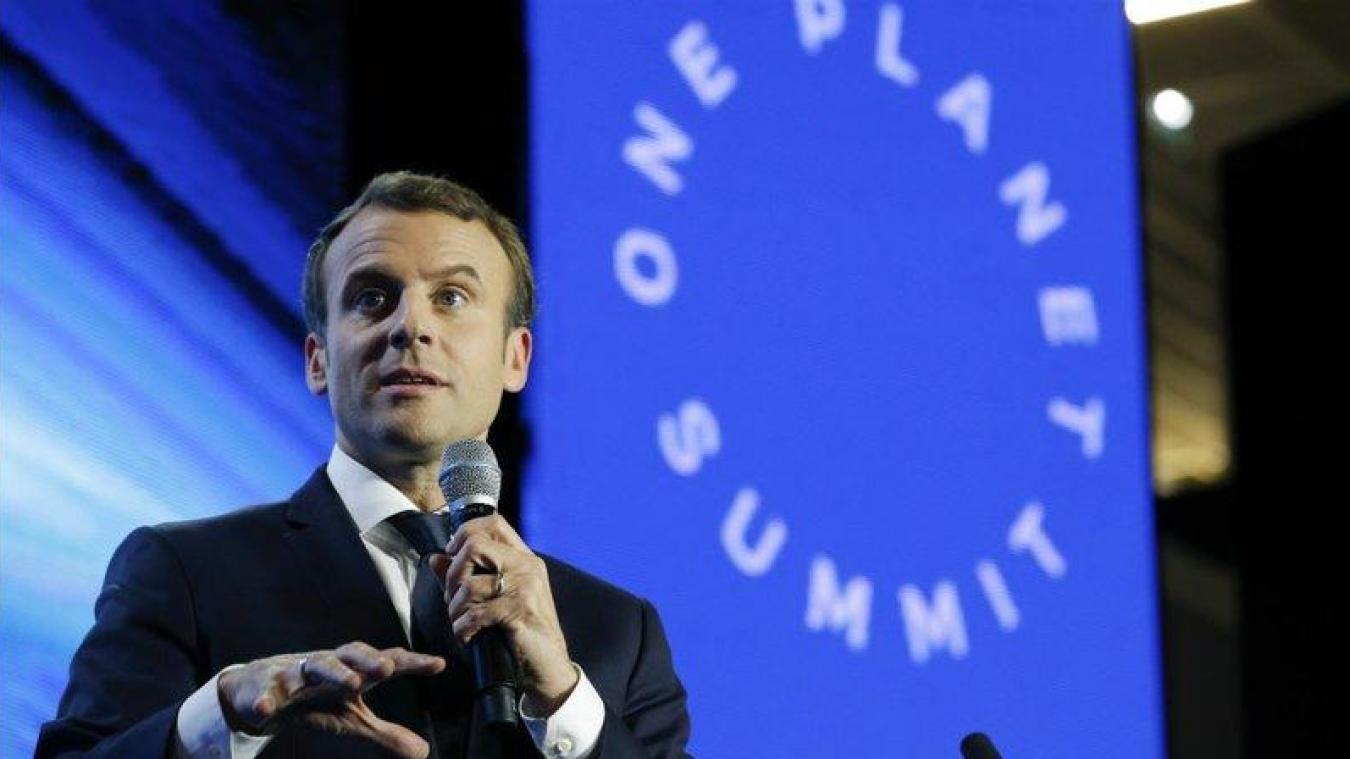 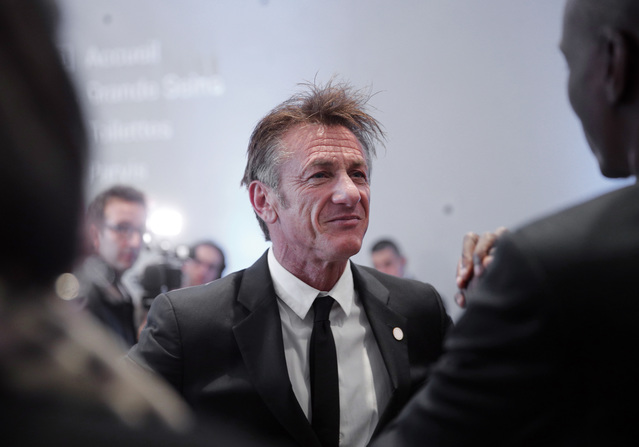 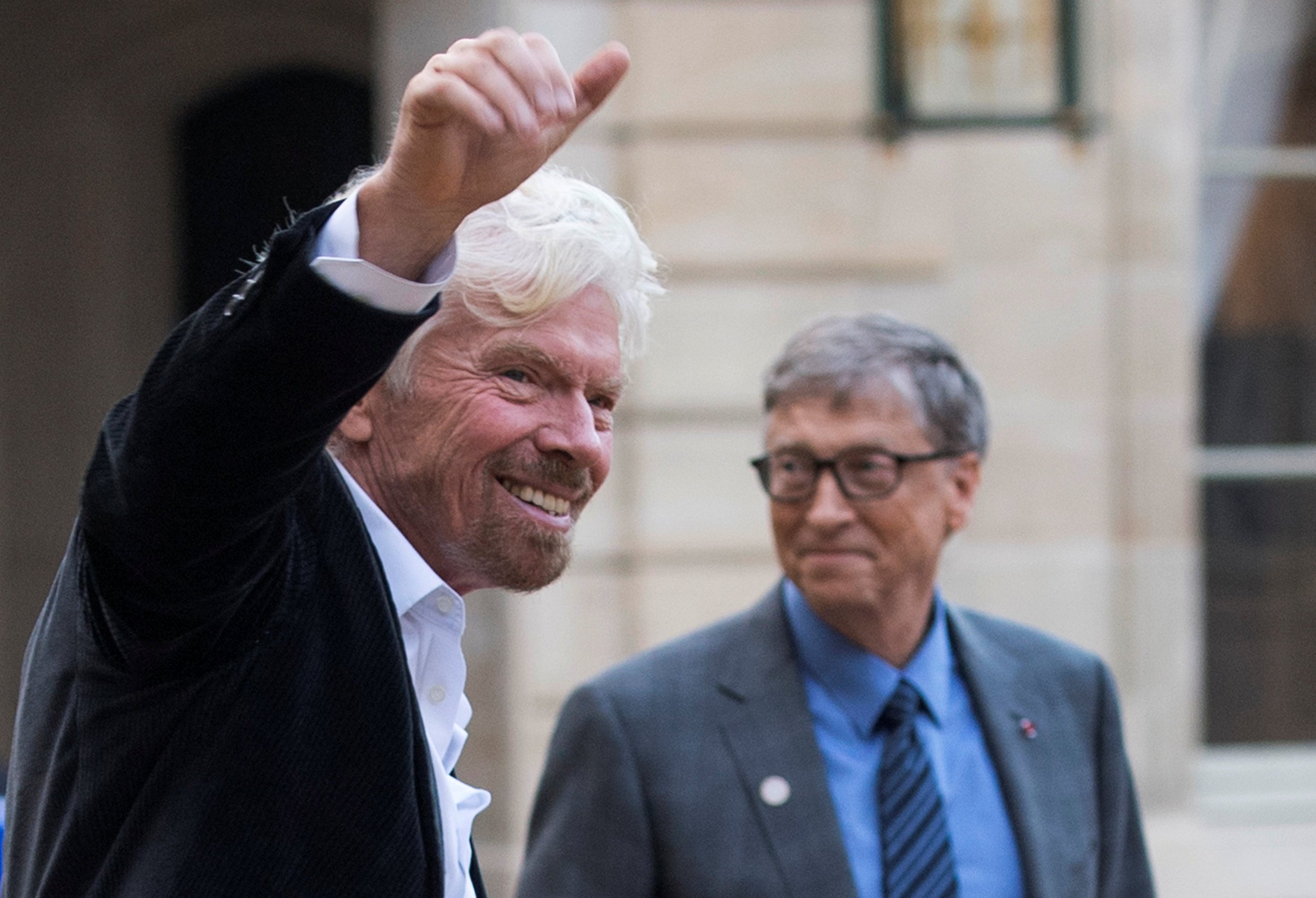 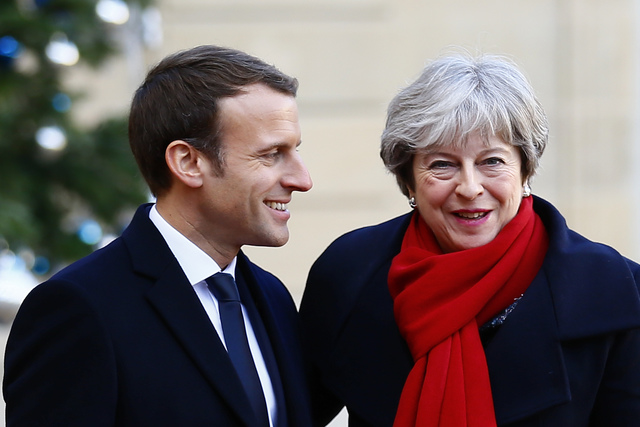