Prince George arrived for his first day of school with his father Prince William, but illness prevented his mother from joining them..

The Duchess of Cambridge missed the milestone moment in her eldest son’s life after being struck down by severe morning sickness in the early stages of her third pregnancy.

Instead, the Duke did the honours, encouraging his apprehensive son and carrying a school bag labelled “George Cambridge” across the playground and into the reception class.

The Prince, who turned four in July and will be one of the youngest in his year, spent the morning settling in with new friends before returning to Kensington Palace to report back to his mother and two-year-old sister. 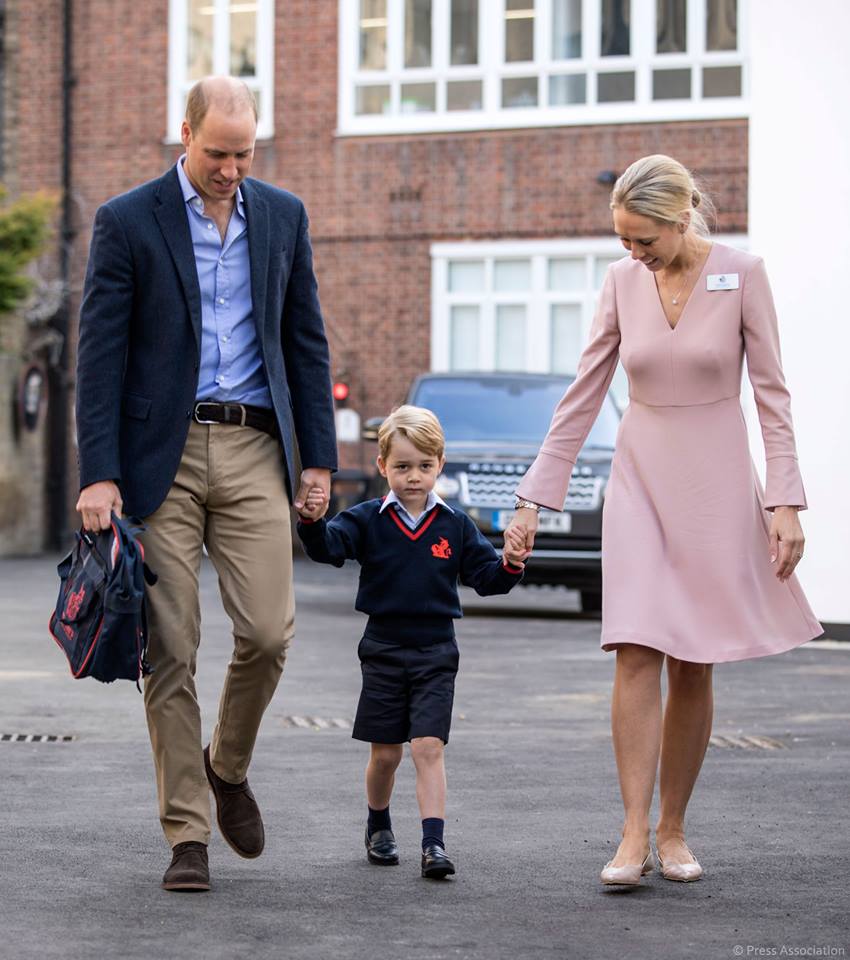 The Duke, introducing himself too, told her that Prince George had been excitedly pointing out the other children in their school uniform on the way in.

With the help of his new teacher, the Prince then made his way into school to find his coat peg and seat with his four-year-old classmates.

The Duke later said Prince George had a “good day”, adding: “It was really nice actually. It’s a nice school.” 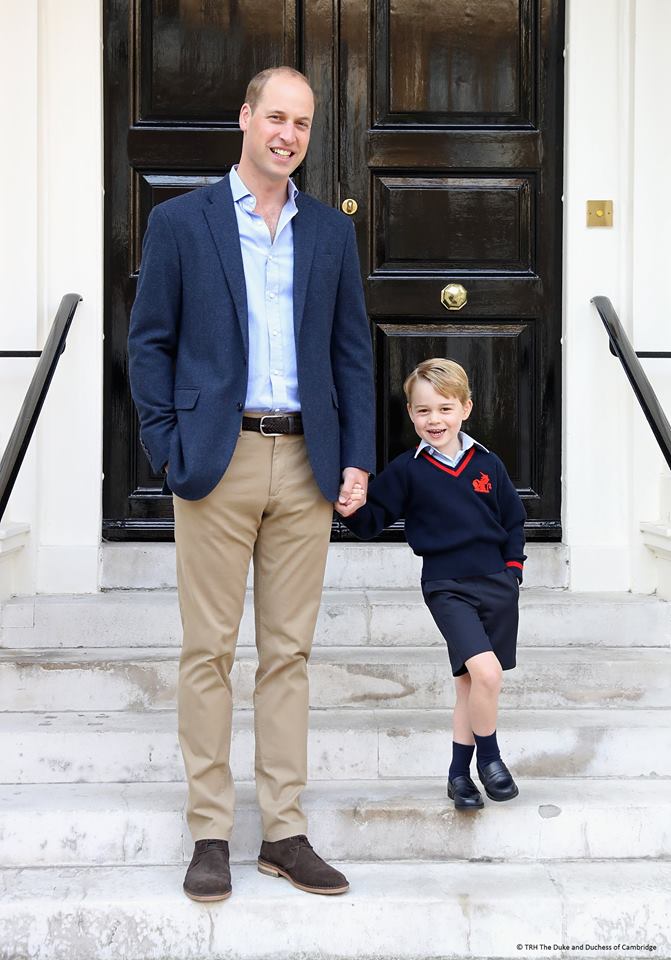 A new chapter for the Cambridges

George’s first day at school will also mark a new chapter for the Cambridges as they are now mainly based in their Kensington Palace apartment rather than their Norfolk home, Anmer Hall.

The Duke is a full-time working royal after leaving his job, at the end of July, as a helicopter pilot with the East Anglian Air Ambulance.

The expectation is he will now carry out more royal duties in support of the Queen and his own charity work and causes. 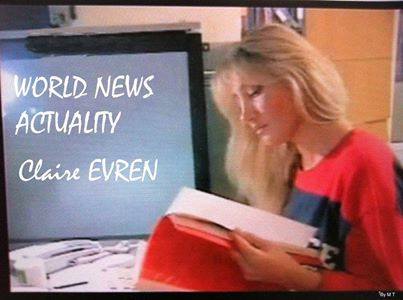 As a 14-year-old, Kate withdrew from independent girls’ school Downe House in Cold Ash, Berkshire, after just two terms when she was reportedly bullied.

She started afresh at Marlborough College, co-educational boarding school in Wiltshire, where she went on to blossom, captaining the hockey team and doing well in her exams.

The Duchess is patron of school-based counselling charity Place2Be, and, with William, attended a child mental health conference to learn about issues surrounding the transition years between primary and secondary education.

The couple also selected anti-bullying charity Beatbullying as one of the recipients of their wedding gift donations.

From the age of four the Duke went to Wetherby School, also in west London, before spending five years at Ludgrove School in Berkshire.

The Duke of Cambridge and Prince Harry went to Wetherby School in London, then Ludgrove School in Berkshire and on to board at Eton College.

William went on to board at Eton College, as did Prince Harry, for five years and it offered him a sanctuary when his parents were in the middle of an acrimonious divorce and provided stability in the difficult years that followed his mother’s death. 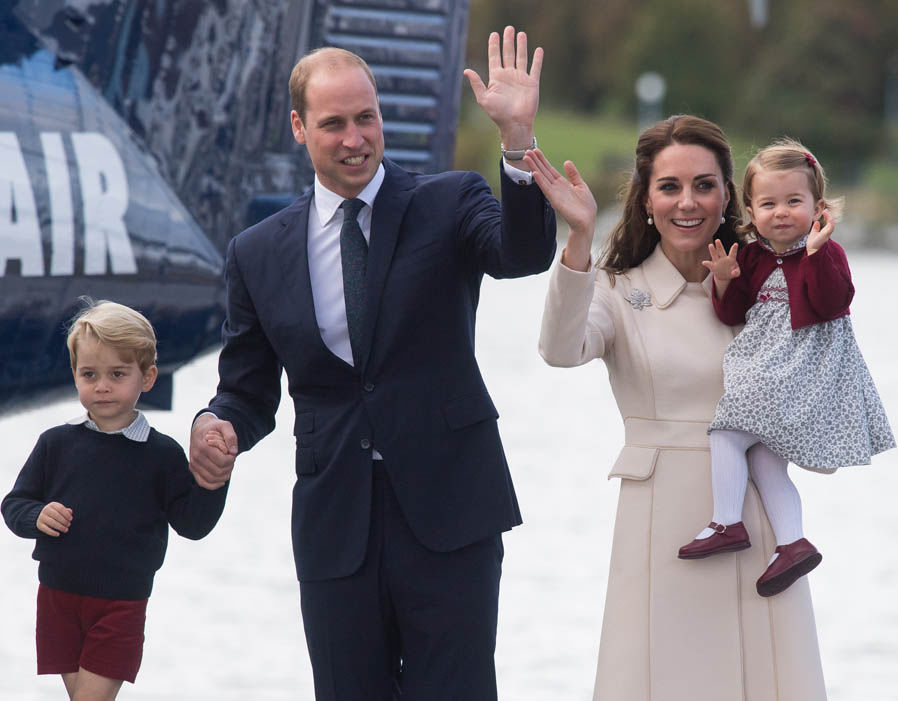 Fees at Thomas’s Battersea cost £17,604 a year and increase in Year 3. If George stays at the selective establishment throughout, until the end of Year 8 when he turns 13, the total cost will be £172,116.

The school’s most important rule is “Be kind”. It expects its pupils “not just to tolerate but to celebrate difference, including faith, beliefs and culture”.

The school also teaches leadership. “We aim to equip our pupils to lead by example; to be prepared to stand out from the crowd; to be the first to respond to someone in need; to stand up for what they believe to be right; to risk making an unpopular decision, if they believe it to be for the greater good,” it says.

It has also reportedly discouraged pupils from having best friends, in order to stop others from having their feelings hurt.

George will enjoy small class sizes of about 20 pupils. The average class size for primary schools in England is around 27 children.

The Prince will be learning ballet – along with French, art, drama, ICT and music, as well as the Early Years Foundation Stage curriculum.

Uniform is compulsory, including smart, pulled-up socks and navy bermuda shorts.
George must have a red art smock, which costs from £30, a swim hat and a PE kit.
Parents are advised to register their child soon after birth to be in with a chance of going to the oversubscribed school. Wannabe reception pupils are given an entrance assessment before being offered a place.